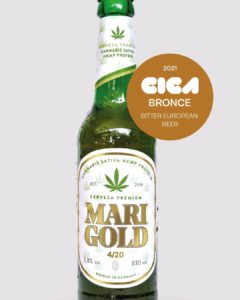 We are proud to announce that Marigold Beer has been awarded the Bronze Medal for the best European bitter beer in the CICA 2021 contest.

Anyone who has tried Marigold Beer knows that it is not an ordinary beer. A beer with hemp protein. The Marigold Beer style is characterized by being a traditional Pilsen-style beer, with a very intense golden color, very generous in the mouth and refreshing. A pure German beer.

Marigold Beer is made with the best ingredients and with the most innovative processes in a brewery with an unparalleled German tradition. 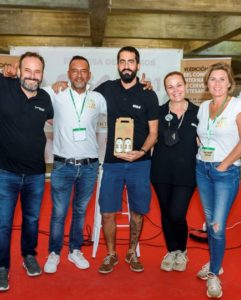 The Sixth Edition of the CICA (International Craft Beers Contest), took place in the town of Can Picafort, Mallorca, where beers produced and marketed nationally and internationally participated.

The contest is organized by Momentos Cerveceros, with the collaboration of AECAI, with the aim of awarding the best national and international beers that have entered according to the contest rules.

The jury is made up of several tables of tasters recognized by the brewing community and by national and international BJCP judges.

From here we congratulate Marigold Beer for his well-deserved medal!