Cobra Beer has reached the ultimate achievement at the prestigious Monde Selection Awards this Spring, receiving its 137th gold medal, more than any other brand in the history of the awards. The 10 new medals won this year take the total medal tally for the Cobra Beer product range to over 137 medals since it first entered in 2001.

Brewed with the finest natural ingredients, a traditional Indian blend of barley malt, maize, three varieties of hops, wheat, and rice, Cobra Beer’s unique recipe and low carbonation gives the range its distinctive character and smoothness that makes it the perfect accompaniment to cuisines from around the world.

Cobra Beer is ‘brewed smooth for all food’ using a distinctive, complex recipe resulting in an impossibly smooth beer now served alongside Indian, Vietnamese, Chinese, Thai, Japanese, Turkish, Lebanese, and Sri Lankan cuisines and in around a quarter of the 28,000 licensed restaurants across the UK.

The products were all selected by the Monde Selection Awards’ panel of 80 international experts who conduct a full quality assessment of consumer products from all over the world. Each product is tasted and tested individually on numerous parameters carefully selected according to the product category and the expectations of the consumers.

Lord Bilimoria CBE DL, founder and chairman of Cobra Beer, said: “The Monde Selection Awards are one of the most prestigious quality awards in the brewing industry, and Cobra Beer is now one of the highest-awarded beers in the world, bringing its total number of awards to over 137 at this year’s competition. The full credit must go to our fantastic team of brewers who are committed to ensuring that Cobra Beer maintains its highest levels of gold medal-winning quality to satisfy our consumers.” 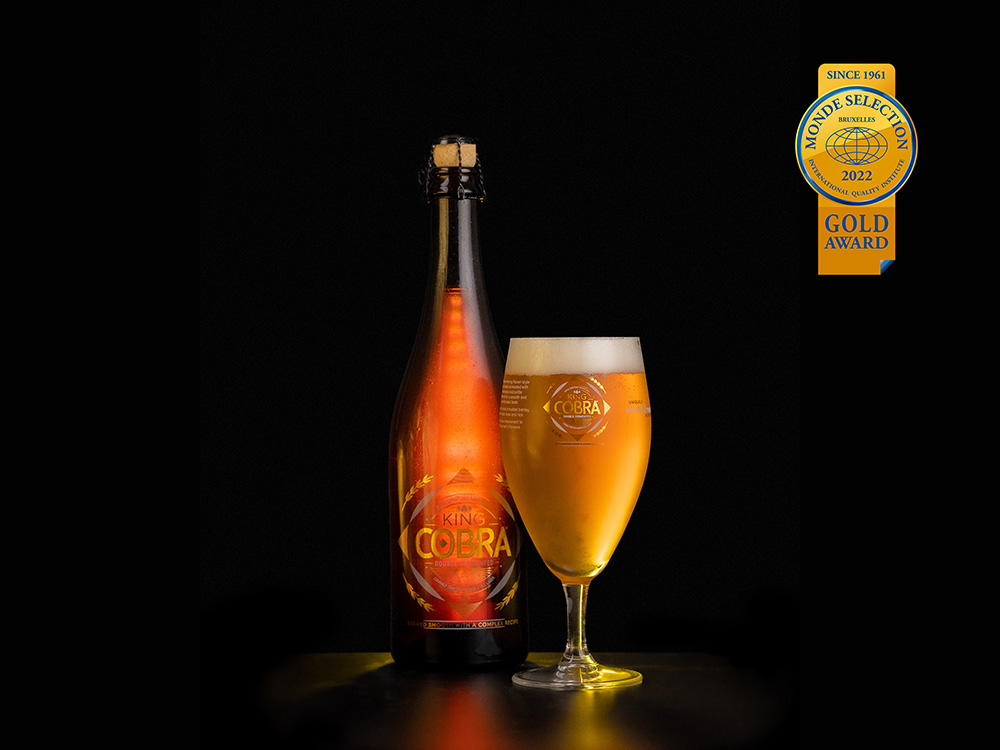